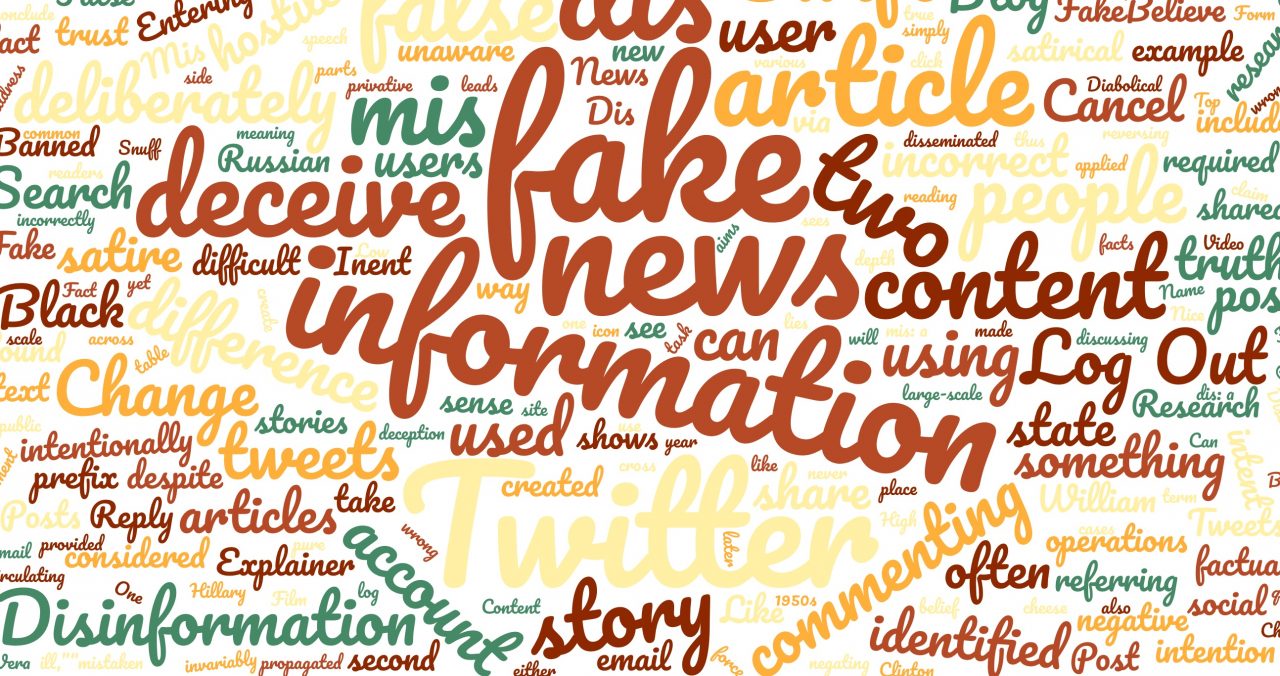 Protesters and counter-protesters are currently facing off in the eastern German city of Chemnitz. Following the fatal stabbing of a man (and the non-fatal stabbing of two others) at a festival in the city by two men originating from Syria and Iraq, city-wide anti-immigrant protests and riots are taking place as far-right protesters clash with anti-fascist counter-protesters. This blog post looks at how Twitter rumours, irresponsible press reporting and football fans on Facebook have all contributed to the current crisis in Chemnitz.

Torsten Kleditzsch, editor of the Chemnitz daily newspaper Freie Presse, addressed how false rumours about the events in Chemnitz have spread across social media and said that an issue with fact checking rumours is that they are given currency just by addressing them:

Translation: “If you deny a rumour with facts, you automatically carry on the rumour. And what gets stuck in the end, is not the denial, but the rumour.”

After the three men were attacked during the festival, two men originating from Syria and Iraq were arrested for the attack. Fuelled by an attack carried out by two non-native people, various rumours began to circulate about additional attacks on others. One persistent rumour was that a gang of ten men attacked and sexually assaulted a woman at the festival. The police to date have not confirmed whether this alleged sexual assault took place.

The free newspaper WochenendSpiegel (stylised as WochenENDspiegel) reported the following in its online edition on Sunday (26/08):

Translation: “According to previously unconfirmed statements and information from passers-by, a woman in the Brückenstrasse area/where the dance school is located, had been harassed by several men [Anmerk.der editorial staff: This could not be confirmed according to police reports, see update below]”

The article talks about the assault of a woman by “several men” (mehreren Männern) but acknowledges these claims are not backed by police reports (boldface used in the original article) and talks about “unconfirmed statements and information” (unbestätigten Angaben und Informationen) admitting these claims are purely based on rumour.

The tweets below are from the same day as the WochenENDspiegel article. Tweeted 12 hours apart, one tweets a link to the article mentioned above while the other is in reply to a tweet from the German TV show heute, criticising the show for not reporting (the rumour of) the attempted rape of a woman by refugees.

This is how baseless online rumours become fake news – when a rumour is ‘institutionalised’ by a news producer (whether this be a ‘real’ or fake news publisher), it gains power and is legitimised. Even if the article says that it is an unconfirmed rumour, it is still putting the rumour out there for people to read and propagate. This relates back to what Kleditzsch said about the visibility of rumours.

A Facebook group in Germany called ‘Kaotic Chemnitz’, a group of football supporters similar to the UK’s Football Lads Alliance (see here for a paper by Mark McGlashan on the FLA), have also been active in not just spreading rumours in Chemnitz but acting on the rumours in a call to arms.

‘Kaotic Chemnitz’ are part of what’s known as the Ultras movement, where fanatic football fans group together on social media to support their teams. Factions of extreme-ultras also seek to organise violence and counter-movements against other ultra groups. This is where a distinction needs to be drawn between the ultras movements and hooliganism: with hooligans violence is at the top of the agenda whereas with ultras the club/team is the focus. With ultras any violence is borne out of passion for the club and the ‘need’ for violence, whereas hooligans’ primary aim is to riot and attack other fans.

Clearly inspired and emboldened by the recent rumours and events in Chemnitz, in a now deleted Facebook post the group admin (i.e. the group account itself) posted this:

Our City – Our Rules

Let’s show together who’s in charge! [other translation: who calls the shots]

It is this call to protest that local police and press have blamed for the sudden outburst of violence in Chemnitz. The post used the recent events and rumours of violence from refugees to call on people to “show who’s in charge!” (sammen zeigen wer in der Stadt das sagen hat!) and to display their “Honour Loyalty Passion” (Ehre Treue Leidenschaft) for their hometown, with hometown in capital letters.

These rumours have also passed the language barrier out of Germany and are being picked up in other countries. In the UK, the notorious right-wing columnist Katie Hopkins picked up on the anti-immigrant sentiment. Hopkins tweeted out a video of people marching through Chemnitz with a caption saying that that ordinary Germans are “sick and tired of being attacked by Merkels [sic] migrants”:

Far right? Or ordinary Germans sick and tired of being attacked by Merkels migrants? #Chemnitz pic.twitter.com/PHU0kV9Kvv

She also tweeted a video of crowds in Chemnitz shouting the term Lügenpresse (literally: lying press), a term that gained traction as a Nazi slur in the 1930-40s and was appropriated by some Trump supporters in the run up to the 2016 presidential election:

Hopkins is clearly attempting to stoke anti-immigrant tensions in Germany and the UK by tweeting these videos, one of which was previously deleted by Twitter. Both tweets show angry crowds sporting German flags and other banners and are confirmed as being in Chemnitz as the Karl Marx monument is clearly seen in both.

In Chemnitz protesters have been seen doing illegal Nazi salutes and are accused of “hunting foreigners in street mobs”. The German Chancellor Angela Merkel has condemned the protests as vigilante movements and riot police have had pyrotechnics hurled at them by protesters. Protesters have been pictured with signs saying “ASYLFUT STOPPEN!” which translates to “STOP THE FLOOD” (see Gabrielatos, C & Baker, P 2008, for a study of flooding in the discursive construction of refugees in the UK press).

This is how baseless Twitter rumours feed into fake news resulting in violence and racial assaults in the real word. Chemnitz is currently in crisis with vigilantes attacking immigrants on the basis of a murder that has been amplified with false rumours on social media and in the press. In a cycle of self-perpetuation, these stories are then re-propagated on social media by Facebook groups such as Kaotic Chemnitz and media personalities such as Katie Hopkins. The result: damage to property in Chemnitz, risk of life to police officers and innocent immigrants, and the continuation of racist sentiment.